A piece of trash—that’s what Tyson’s owners must have thought of him. They moved out, locked the door, and left him behind along with everything else they didn’t want. With no food or water, Tyson was left to die a slow, agonizing death. The rental property owner found Oscar, laid out on an old mattress, unable to move. When Caloosa Humane Society received the call, Tyson was cold and close to death but still had some fight left in him.

Tyson received a blood transfusion and fluids and had X-rays that revealed both front legs had previously broken. Weighing only 17 pounds at seven months old, they knew it would be a long road for Tyson. 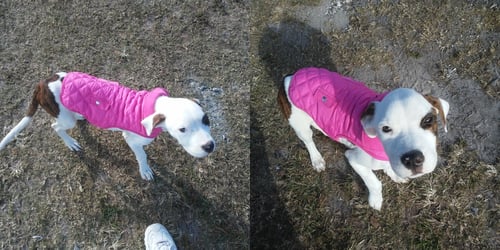 The kind family who agreed to foster Tyson during his recovery ended up adopting him! Having two pit bulls of their own, Tyson integrated into the family as if he had always been there. Going from the pitiful 17 pounds upon arrival, he now weighs in at a good 57 pounds. Tyson will always have the curved front leg as a reminder of where he came from, but his future is so bright. 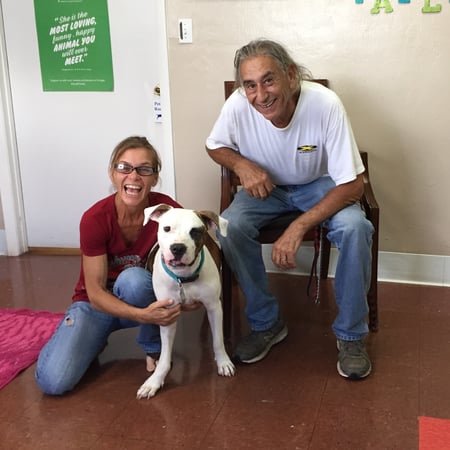 Tyson after and ADOPTED!

“The majority of our animals come with either visible scars or ones that you can’t see. Thanks to GreaterGood.org’s Rescue Bank food donations, we are able to focus our small budget on neglect cases that require quite a bit of our funding. When we receive donated food, this allows us to direct more of our donated funds toward our escalating vet bills. On behalf of our special rescues, thank you!” – Caloosa Humane Society 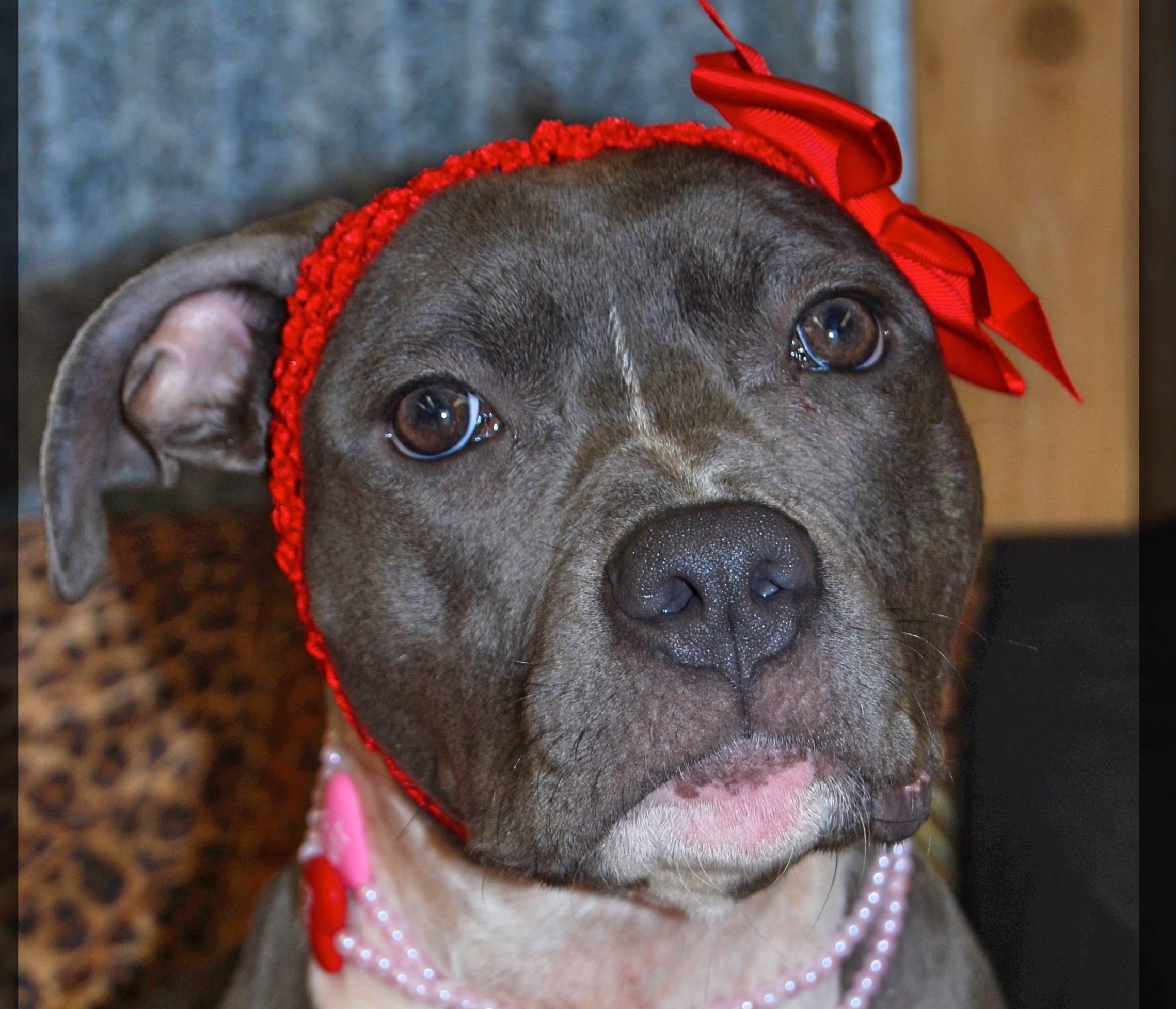 Blossom was a victim of dog fighting or used as a bait dog. She had severe trauma to the left side of her head; her ear was all but gone, her jaw shattered, and her tiny body was starving to death when A Chance to Bloom rescue found her. It took 140 sutures to help her ear area. She still requires a total hip replacement. 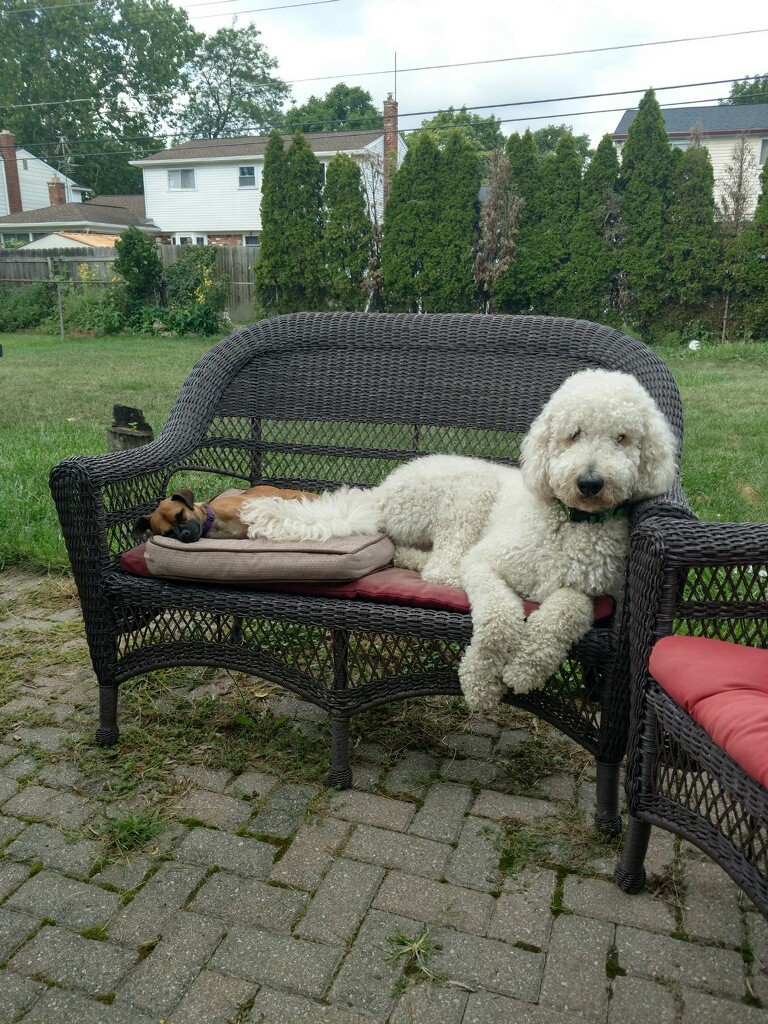 Benton was born to a shy, malnourished mother. He was quite scrawny and ate like he was never going to get food again. He ended up being shy as well, so House of Hope Rescue worked with Benton on his confidence and also his eating habits as he was eating everything and ended up eating a tug toy and ended up in the ER.