The Sumatran rhinoceros, also known as the hairy rhinoceros, was once a thriving species Southeast Asia. However, illegal poaching and logging have put this species on the critically endangered list. This National Endangered Species Day, learn how Project Peril is partnering with the International Rhino Foundation to ensure these animals thrive once again. 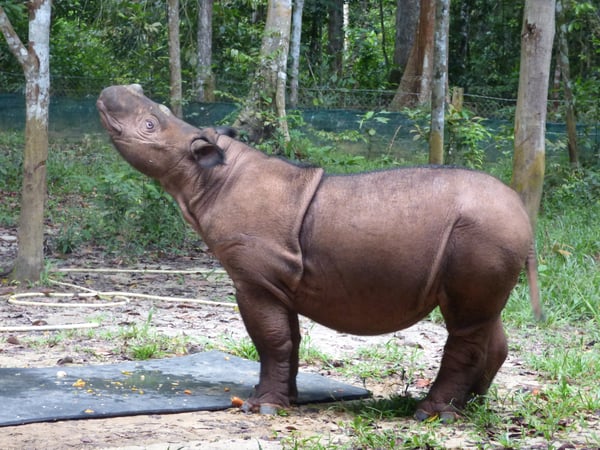 Meet Delilah, one of the rhinoceroses at the Sumatran Rhino Sanctuary in Way Kambas National Park, Indonesia.

Delilah was born on May 12th, 2016, the second rhino ever born in captivity in Indonesia. Her father, Andalas, was born at the Cincinnati Zoo and her mother, Ratu, was born in Way Kambas National Park. Delilah also has a big brother, Andatu.

Delilah likes to spend the day napping, going on walks with mom, and taking mud baths. At three years old, Delilah is almost fully grown and will soon weigh more than half-a-ton (not very heavy when you consider that the Sumatran rhino is the smallest of its kind.)

Delilah is fortunate to live in safety at the Sumatran Rhino Sanctuary, free from the dangers of poaching. Help ensure these rhinos are not wiped off the face of the earth by donating today to support this sanctuary and breeding facility! 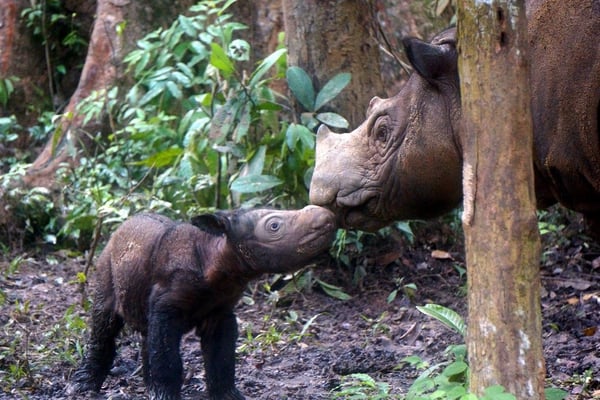 Delilah and her mother, Ratu

Your donation to Project Peril helps even more species like the Sumatran Rhino! 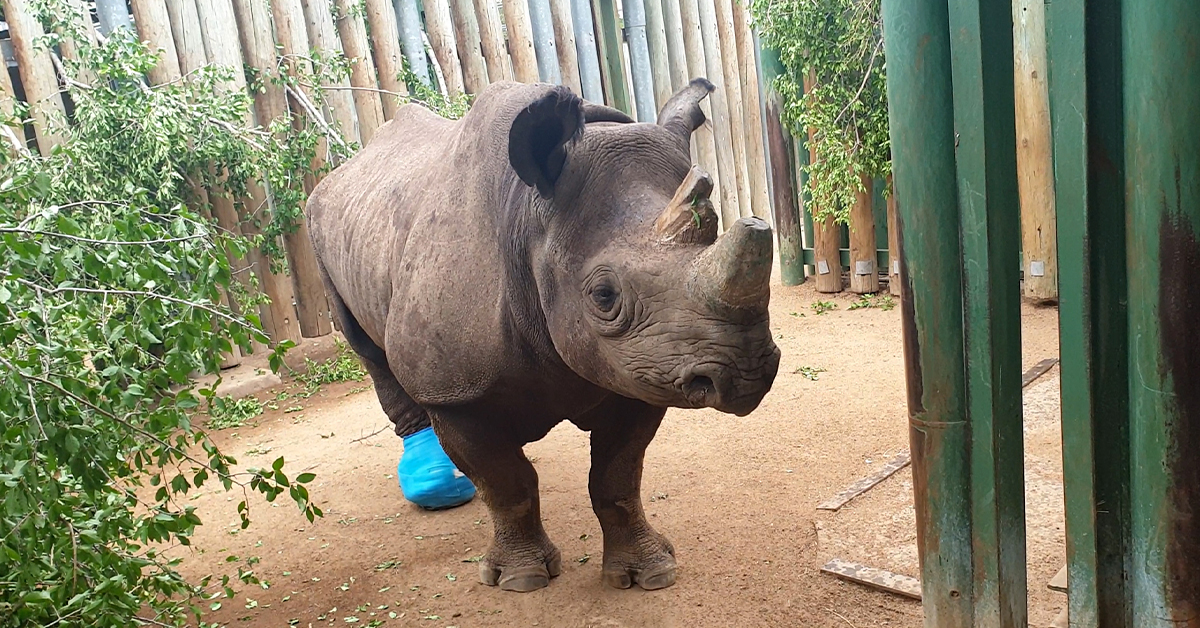 In the past 40 years, the black rhino population in Africa has dwindled significantly. Today, fewer than 5,000 rhinos remain. With your help, Greater Good Charities is working to protect these endangered animals. 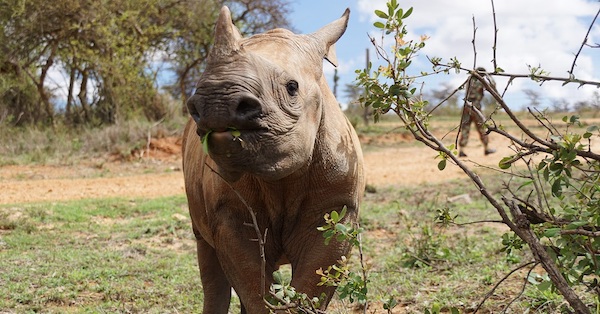 We are thrilled to hear about the recent development of embryos to bring back the functionally extinct northern white rhinos!