Greater Good Charities partners with the Pan African Sanctuary Alliance (PASA) to secure a future for Africa’s primates and their habitat. Joanna, Rikita, Tina are three chimpanzees YOU helped save.

Meet Joanna. Since her infancy, she and another chimpanzee, Rikita, were kept in small filthy cages, isolated and malnourished. Their owner kept several great apes in these conditions. He claimed he bought these apes to “save them” from bushmeat hunters. But many died of neglect and a lack of veterinary care.

Joanna and Rikita may have been among those to perish if it weren’t for the intervention of PASA, who sent staff from the Jane Goodall Institute’s Tchimpounga Chimpanzee Rehabilitation Center to rescue the starving chimps.

Joanna, about 14 years old, could not be safely approached by humans. As a result, she spent years without any contact from other individuals, causing awful suffering and terrible loneliness; Joanna never had the chance to learn to be a chimpanzee. No one was able to clean her cage correctly. She lived surrounded by filth and the pieces of garbage she managed to grab through the bars.

Although Rikita is two years younger than Joanna, she is only Joanna’s size due to the neglect and malnutrition she endured. Horrifyingly, Rikita’s cage was much smaller than Joanna’s. Desperate for contact, she would spend her days pressed against the rusted bars, reaching for anybody that would pass by her.

A team from the Jane Goodall Institute headed to save Joanna and Rikita, and along the way, learned of a baby chimpanzee in dire need of help. Authorities had seized Tina from two traffickers attempting to smuggle the infant into the illegal pet trade. When discovered, she had been cruelly tied up and stuffed in the trunk of a car by her captors.

Along with Joanna and Rikita, Tina went to Tchimpounga Chimpanzee Rehabilitation Center in the Republic of the Congo. All three chimps received individual nurse care upon arrival. They also received routine tests and deworming, and now they’ve begun to integrate with the other chimps at the center.

Joanna, Rikita,  Tina had an uncommon happy ending. But the illicit bushmeat trade has expanded, becoming the greatest threat to the survival of African primates. Your donations help PASA and other organizations fight the killing and captivity of chimpanzees. There is still much work to be done.

Your donation to Project Peril allows us to help more animals like Joanna, Rikita, and Tina. 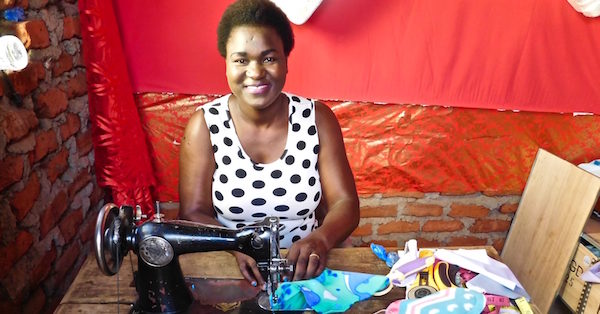 Close to two million girls in Malawi miss 3-4 school days PER MONTH simply because of menstruation. with the help of Greater Good Charities, Trinitas is changing that. 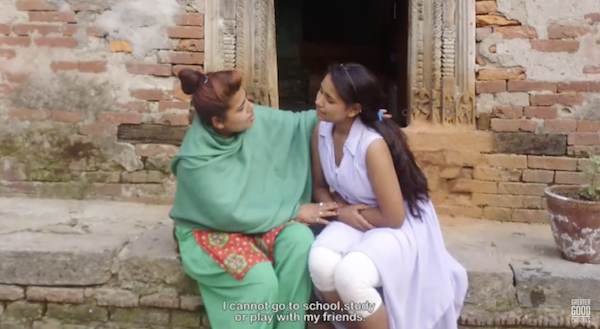 Over 130 million girls don’t go to school at all, Girls’ Voices wants to break down the barriers keeping them out.