Each summer, shelters and rescues face an added stress on their resources from increases in puppy and kitten intakes due to spring litters. In 2021, shelters are reporting higher than normal intake rates, with unprecedented overpopulation in some areas. They need our help now.

That’s why Greater Good Charities joins NBCUniversal Local, a division of NBCUniversal, The Animal Rescue Site, and Hill’s Pet Nutrition for the annual Clear the Shelters pet adoption campaign. This campaign partners with local animal shelters and rescue services to promote pet adoption and fundraising as well as encourages individuals to donate to help with the most critical needs.

This year we kick off the Clear the Shelters campaign on August 23rd with a special life-saving pet airlift for more than 150 at-risk dogs and cats from New Orleans to Morristown, N.J., and New Bedford, Mass.

NBC star and #ClearTheShelters ambassador, Ryan Eggold, was on the tarmac to greet the furry passengers!

Dogs are received in New Jersey by St. Hubert’s Animal Welfare Center and cats are received by the Northeast Animal Shelter and the MSPCA-Angell in Massachusetts. Once at the receiving facilities, the dogs and cats are given medical treatment, if necessary, and then be adopted.

In addition to helping fund the flight mission, The Animal Rescue Site is donating much-needed supplies to the participating shelters and Hill's is donating over 6,000 pounds of pet food to support pets at both sending and receiving shelters!

Since its inception in 2015, Clear The Shelters has helped more than half a million pets find new homes. This year, shelters are in especially dire need due to the limitations of COVID-19. Your donation helps animal welfare groups across the country with the most critical needs to help animals in their care. 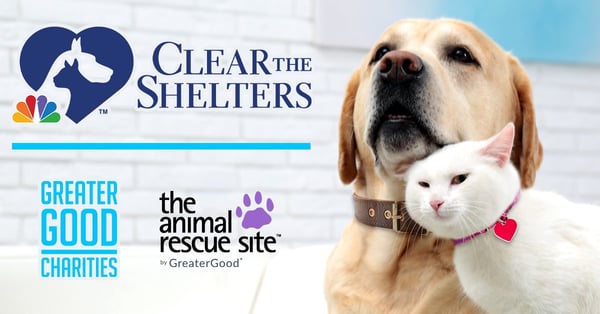 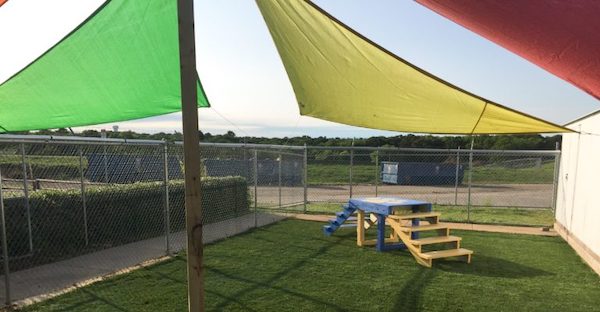 No matter of distance, weather, or situation will keep Rescue Rebuild from helping those shelters in need.