Animal cruelty is far more common than you think. Dogs confined in filthy metal or wooden cages no larger than they are, surviving off of little to no food is the reality of living in a puppy mill. Female dogs are bred until they can no longer reproduce, and they are often killed or auctioned off at this point. The dogs don’t receive any personal or veterinary care, so many suffer from health issues until they are treated. Thankfully, there are organizations like Abraham Foundation to protect the livelihoods of these sweet animals.

Abraham Foundation protects domestic and wild animals across the world by working with other organizations and locals on conservation projects. Greater Good Charities’ donors like you have made it possible for the Abraham Foundation to allocate funds to the Elephant Nature Park in Thailand. With its program ‘Help Elephant Nature Park Save Dogs Too’, 30 puppies were rescued from a Thai puppy mill and were ultimately spayed and neutered. 15 other dogs were given a tick and flea treatment.

The following image can be triggering for some, as it shows a dog in extremely poor health. 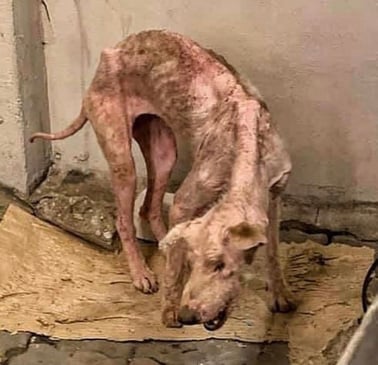 Pi Aun, before she was rescued

Pi Aun was found in the crack of a building in the middle of Bangkok. Upon rescuing her, her condition was very poor. She was merely skin and bone, she had lesions all over her body, and she had substandard eyesight. Thankfully, she was rescued, had her vitals checked, and was placed under veterinary care. Pi-Aun’s before and after photos are remarkable and demonstrate the urgency to not turn your back on dogs. The difference between the two pictures is both heartbreaking and astonishing. 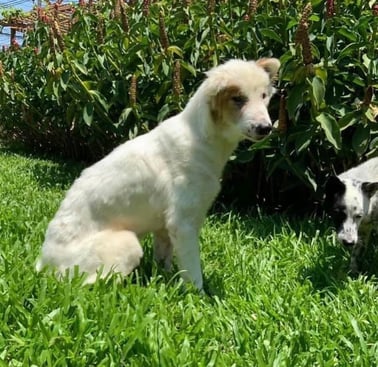 Not only did Abraham Foundation give aid to Elephant Nature Park to protect dogs, but it also granted the park funds to help it achieve its goals for the future of its elephants. Elephant Nature Park has wanted to increase its acreage to rescue more captive elephants for a while now. However, they have been focusing their efforts on fundraising for elephant care. Money for elephant food has been limited due to Covid and the lack of tourists at the park. As a direct result of the grant funding from GGC and Abraham Foundation, 100 elephants were fed for a week. It costs roughly $6,000 to feed the elephants for a week. This is why we need your continued support!

The following are stories of rescued elephants living at Elephant Nature Park:

“San Mueang is a male elephant who was removed from his mother’s care at a very young age of 3 years old and forced to perform at the Phuket Zoo. He was forced to “dance” to music, “play” musical instruments and perform demeaning tricks for tourists' entertainment. The lengthy performances were held up to three-times-a-day, all under the threat of the sharp“bullhook”. When not performing, he was chained on concrete flooring in a small, barren enclosure, where onlookers often saw him swaying repeatedly in distress - a sign of the psychological condition ‘zoochosis’. Since rescue at Elephant Nature Park he has become more calm, but still shows signs of the significant trauma of his previous life. We hope that time, love and care will bring San Mueang back to being a playful young boy soon. Thanks to the support of the Greater Good grant we were able to continue to provide a nutritious balanced diet for San Mueang.” 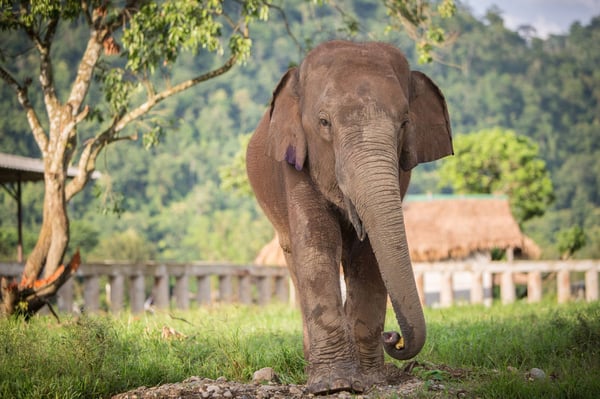 “Mae Mai and her 5 week old baby Wan Mai were rescued from an elephant trekking camp in Chiang Mai on June 7th, 2020. Prior to her rescue Mae Mai was forced to provide rides to tourists at an elephant riding camp and was part of a forced breeding regime within the camp. Our founder visited the camp and found Mae Mai & Wan Mai living in terrible baron conditions whereby Mae Mai was on an extremely short chain in a tiny concrete pen without adequate space to care for her newborn baby or appropriate access to food and water. Since arriving at ENP many of our resident elephants have approached Mae Mai & Wan Mai trying their best to befriend mom and become the new nanny to the little girl. Eventually, Mae Mai selected our beautiful gentle giant Sri Nuan into their family. Mae Mai, Wan Mai & Sri Nuan are now inseparable with mother and nanny sharing the responsibilities of caring for the sweet but mischievous Wan Mai. Thanks to the support of the GreaterGood grant Mae Mai was able to get varied and nutritious food which in turn helped her to produce plentiful milk for her little baby.”

It is absurd that these elephants had to face harsh living conditions to begin with. Without help from donors like you, Abraham Foundation would not have enough funds to aid Elephant Nature Park in rescuing and offering sanctuary to dogs and elephants in need.

Thank you for your continued support so that these animals can live healthily and safely.

With your help, the Elephant Nature Park in Thailand can feed all the elephants in its care. 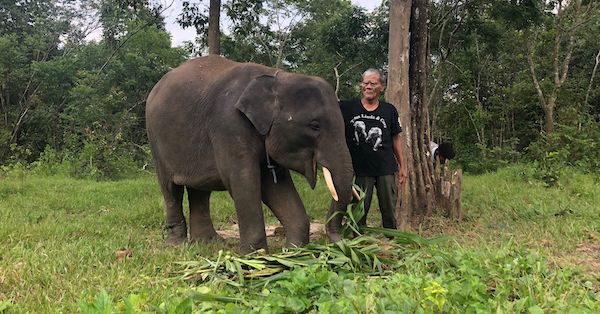 Because of donors like you, Project Peril has granted funding to the International Elephant Foundation to protect the livelihoods of Sumatran elephants.