In just one generation, about 70% of the Sumatran elephant's habitat has been destroyed due to deforestation.

There are only about 2,400-2,800 Sumatran elephants left in the world due to increasing rates of poaching and deforestation (World Wildlife Fund). More elephant herds are coming into contact with human settlements, and are often hurt or killed by people who view them as a threat. They are also poached for their tusks, which are sold in the ivory black market. In the long term, the remaining Sumatran elephant population may not survive in their current environment.

Because of generous donors like you, Greater Good Charities' Project Peril has granted funding to the International Elephant Foundation to protect the livelihoods of Sumatran elephants. The International Elephant Foundation supports Conservation Response Units in Sumatra, Indonesia to protect the lives of critically endangered Sumatran elephants. Their programs focus on habitat loss, wildlife rescue and care, human-wildlife conflict, and illegal wildlife trade. 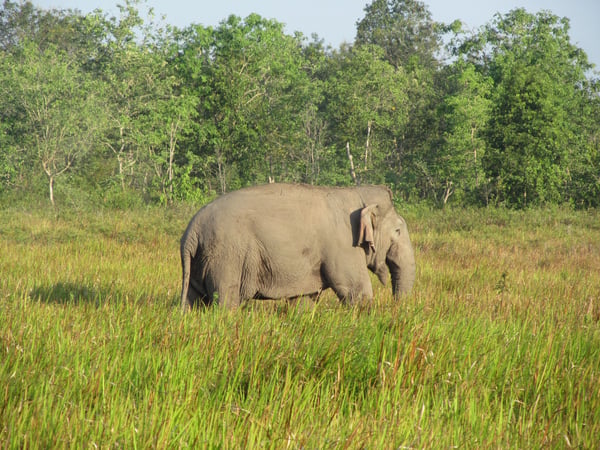 International Elephant Foundation contributes to animal conservation in Way Kambas National Park (WKNP) in southeastern Sumatra, which is home to many critically endangered species. Since 2004, the International Elephant Foundation has supported Conservation Response Units (CRU) in which government conservation staff detect and prevent illegal activities within the park. CRUs are made up of wildlife rangers, trained elephants, and their riders. They identify and ward off illegal activity such as forest fires, logging, cattle grazing, and the poaching of mammals, birds, and fish.

With your contributions, the Way Kambas Conservation Response Units has funding to pay for patrol supplies and CRU personnel’s wages. Here is just a snapshot of what they were able to do with your donations: 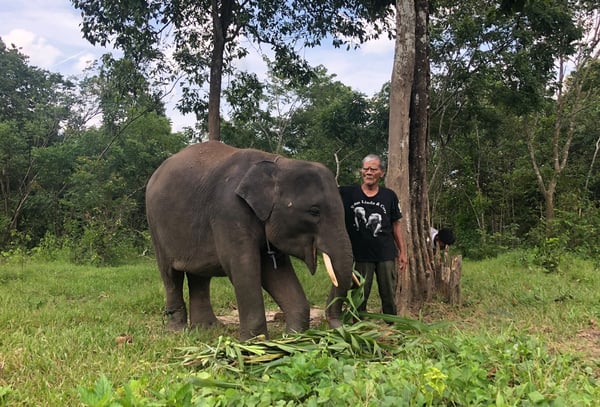 Gading, a male elephant calf, with one of his mahout caretakers

Covid-19 has limited patrol budgets throughout Way Kambas National Park, leading to an increase in illegal activities. Covid’s effects on human life in Sumatra impacted the lives of animals as well. Because of the increasing rate of unemployment, people resorted to poaching animals illegally for profit. However, through 2020, the elephant population in Way Kambas has been relatively stable due to the CRU’s protection.

Your donations to Project Peril help provide funding for patrol supplies and CRU personnel's wages, which keep the endangered Sumatran elephants safe in the park! 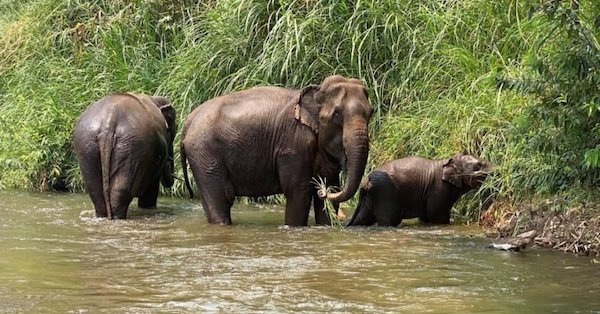 Since coronavirus collapsed the tourism industry, Elephant Nature Park in Thailand has needed your help to continue to provide the best food and care to its elephants and other animals. But your donations have reached beyond the borders of this park. 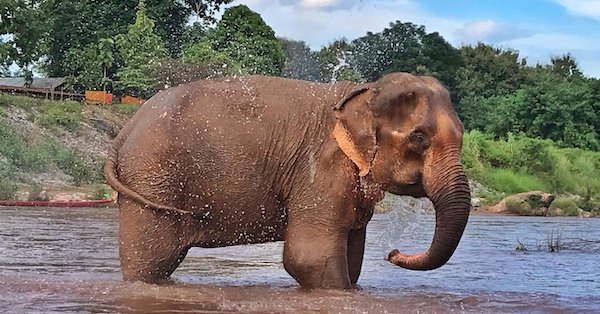 Greater Good Charities partners with Elephant Nature Park to focus on rescuing Asian elephants from abuse and exploitation, and providing a sanctuary for them to live out their lives in peace.