Thanks to YOU, our third annual National Feed a Rescue Pet Week hit our goal and then proceeded to blow it out of the water! From July 22 to July 28, we called on you to help us raise enough funding to donate 4 million meals to homeless animals across the country, and you answered in a BIG way, exceeding our goal by 2.3 million meals! That’s right—in one week, your selfless donations totaled over 6.3 million meals to be donated to animals in need through our Rescue Bank program! The number of animals that will benefit from your kindness is staggering.

It was the middle of nowhere with a disappearing sun. She was in a ditch and knew there were no humans for miles. She thought it was over. Her last bit of hope had disappeared earlier that day. Then a man driving by happened to catch a flash of movement out of the corner of his eye. It took him a second, but the man determined this flash was, in fact, a dog, so he pulled over to investigate. The emaciated pup tried her best to get up when the man approached, but she was far too weak. He carried her to his car and drove straight to Allen County Animal Rescue Facility (ACARF) where her new life began.

ACARF named this neglected girl Carmen. When Carmen came to them, she should have been a large dog, weighing close to 50 pounds. Instead, Carmen weighed a skeletal 24 pounds. She was unbelievably frightened with only enough strength to keep her tail constantly between her legs. No one knows what happened to Carmen before arriving at ACARF, but all the signs point to severe neglect followed by abandonment dozens of miles from anywhere.

ACARF gave her love, excellent veterinary care, and a lot of wonderful pet food donated by Greater Good Charities' Rescue Bank to get Carmen to a healthy weight. And nine weeks later she was there, weighing 45.8 pounds at the time of adoption!

“Without the assistance of the excellent nutrition provided through donated food, a story like this might not have such a happy ending. Carmen needed a high-quality, protein-rich diet to restore her to full health. We are so grateful to Greater Good Charities' Rescue Bank for their donations to ACARF, which benefited not only Carmen but also so many other dogs and cats at our shelter. Our deepest gratitude to Rescue Bank and their generous donors (with a big “Thanks!” from Carmen, too!).” – ACARF

Thank YOU for making National Feed a Rescue Pet Week 2019 a success. We cannot wait to see what we accomplish together next year! 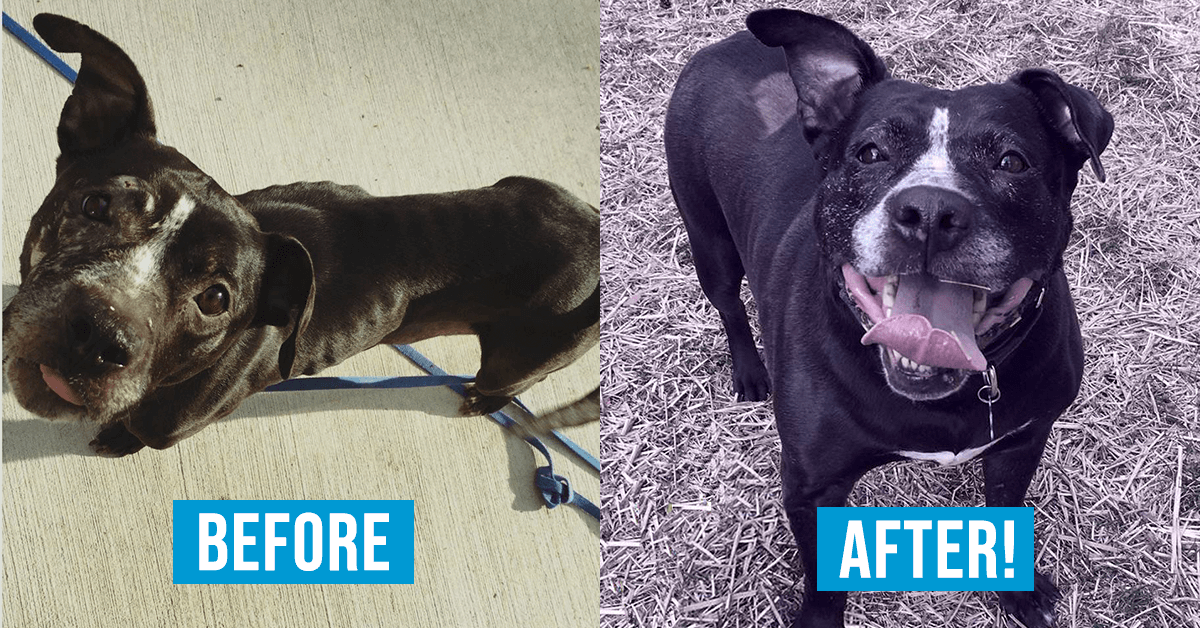 The number of animals who will benefit from your efforts is staggering—animals like Birdie.

Hoping to expand its reach, GreaterGood.org’s Rescue Bank stepped in to deliver pet food for the Charleston Police Department distribute!