According to the United Nations Educational, Scientific and Cultural Organization Educating (UNESCO) educating girls creates healthier, wealthier, and fairer communities. But not every girl around the world is getting a quality education, in fact over 130 million girls don’t go to school at all. Many people aren’t aware of the obstacles girls everywhere face to getting an education. We hope that giving girls the power to share their obstacles in their own words will get people talking about how to eliminate those obstacles, once and for all.

Greater Good Charities' Girls’ Voices program strives to change that for good by facilitating education through media creation programs, scholarships, and more. The program aims to break through the many barriers girls are facing today by giving them the opportunity to face those obstacles head-on through storytelling.

Even in areas where school tuition fees are non-existent, financial instability can still keep girls from school. Often students are required to buy uniforms, textbooks, and supplies which many families can’t afford. Some families enlist their children for work to make ends meet, like Girls’ Voices scholar, Shpresa. Her family collects cans in order to help pay for hidden costs like the bus to school.

In some parts of the world, girls don’t attend school due to fear for their safety. Conflict in many impoverished communities can make the commute to and from school unsafe, putting vulnerable students at risk of attacks. War also intrudes into the lives of many girls. In fact, girls in wartorn countries are 2.5 times more likely to be out of school like Mona, whose refugee camp does not have a nearby school. She had to drop out of school when her family moved to the refugee camp, but she still has dreams of greatness.

Many societies have clung onto gender norms that often result in girls being excluded from the education conversation. Boys are encouraged to go to school and become “breadwinners” while girls are often pushed to marry young, care for their siblings, or simply begin to work instead. Madhumita’s video highlights how girls aren’t given the same opportunities as boys, simply because they are girls. She knows your gender shouldn’t hold you back, but the people around her have still stuck to their old beliefs that girls are less than.

While many times violence and lack of funds keep girls from their commute to school, other times, long distances and poor transport infrastructure are yet another obstacle to overcome. Viergnelie has experienced first-hand how one road can lead to success. She and her classmates have to walk through mud and dirt to get to school, but her community is working to change that.

Many girls around the world avoid school during their periods due to lack of sanitary products and poor sanitation options at school. Sanitary products are often expensive and hard to get in developing countries, and many girls resort to using dirty rags as pads. Some girls have to walk a mile or more to the nearest latrine when they are at school. These physical barriers, along with stigma and bullying, make girls more likely to skip school while they are menstruating. A few days of school skipped every month add up, and eventually, girls drop out altogether. Jiya is just one of millions of girls who feels like her period keeps her ‘a class apart.’

These barriers and many more stand in the way of girls succeeding around the world, but together we can give them a fighting chance. When you donate to Girls’ Voices, you help girls learn new skills, share their stories, and stay in school. Your donations go directly towards media workshops and scholarships for these girls, who one story at a time, are changing the world. 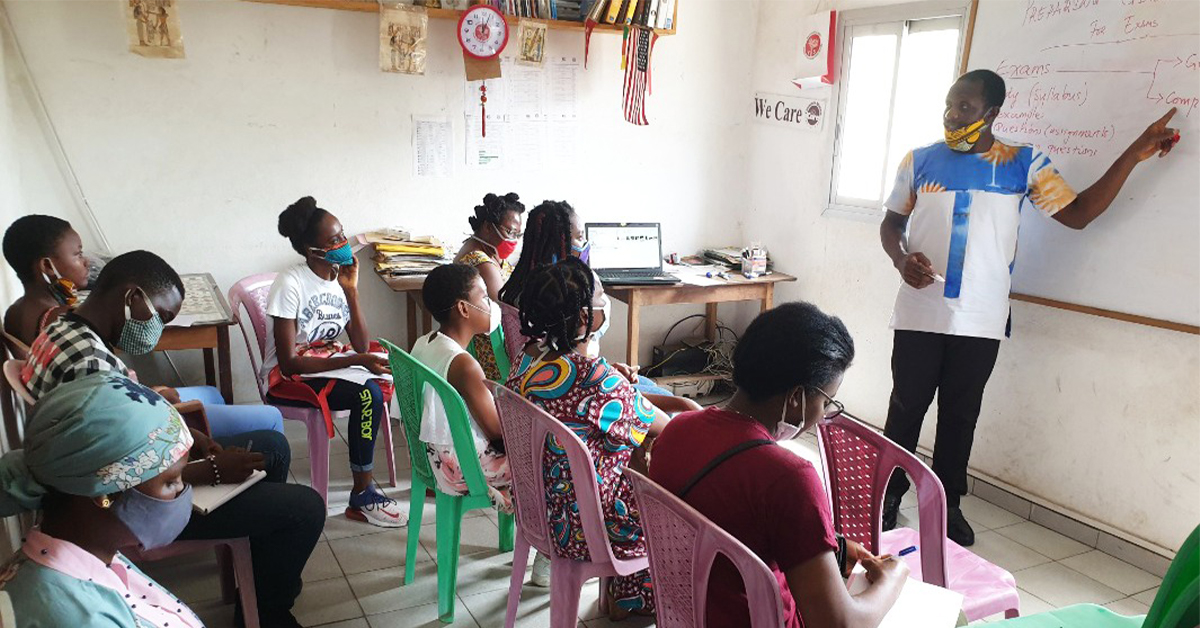 During the “Spread Hope” Girls’ Voices at Home video challenge, we asked girls around the world to share messages of hope during this difficult time. As a part of the winning prize, we made a donation in the name of each of the five winners to support Girls’ Voices scholars 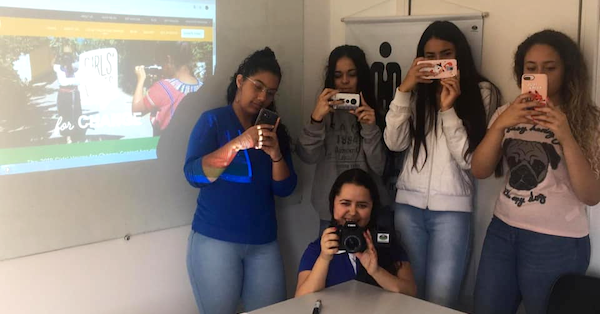 Girls’ Voices encourages girls all over the world to express themselves through digital storytelling. With a focus on education, our curriculum targets girls in underserved communities, like slums in Brazil.