On this trip, the team captured several Rock Horned Lizards (Phrynosoma ditmarsi) to weigh, measure, mark, and release. Monitoring the lizards over a longer period of time like this is the best way to learn about this species without negatively impacting their environment.

The crew fitted four adults lizards with tiny transmitters and released them. Using a receiver and an antenna, the team can locate them for 5-6 months until the batteries lose their charges. They will be monitored every two weeks through December or later to learn more about their behavior. 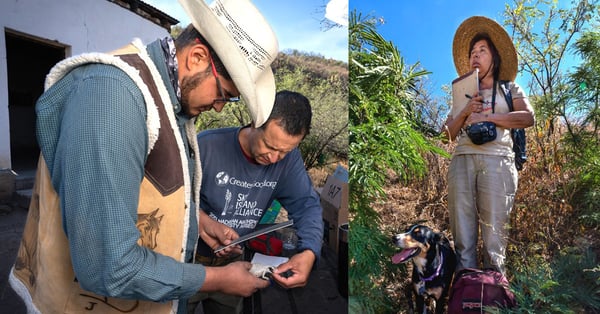 Rock Horned Lizards have big, blocky heads with the lower jaw very deep, and horns characteristic of all horned lizards are fused into a broad, blade-like wedge. What’s really amazing about these lizards is their coloring! When they are cold at night, they are dark, matching the color of the rocks and their shadows. After basking in sunlight, their color lightens into reds, grays, or yellow. 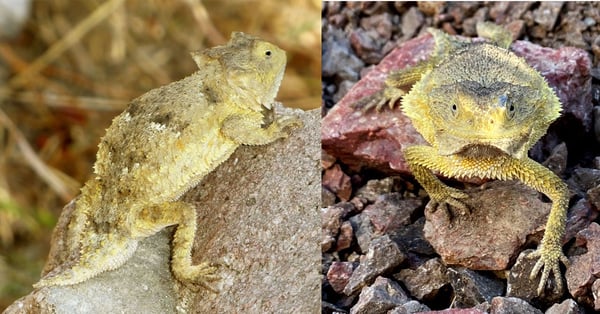 At times finding the lizards wasn’t easy on the steep rocky slopes. PD#5 (P. ditmarsi #5) sat still for nearly an hour before it was found! PD#18 shed its skin with the transmitter attached to it. Fortunately, PD#18 was relocated and the transmitter reattached!

While looking for PD#18, the team found four new lizards on the same hill! These included the biggest female seen so far out of 25 animals (most were juveniles) and two of the prettiest males of all – one yellow and one a rich red-brown!

All of the lizards with transmitters moved between the monitoring trips, most of them 3-4 feet. But PD#5 moved nearly 300 feet – the length of a football field! The current theory is that they sit and wait for food to come by but keep moving to new spots. These lizards are very alert, but not alarmed by big slow-moving animals like cows or people.

To learn about the diet of this rare lizard, a variety of small animals found in their habitat was offered as food. Turns out they love grasshoppers, eating eight different kinds of small to medium-sized grasshoppers! And a rhinoceros beetle (Oxygrylius ruginasus). But they went defensive with big grasshoppers like the Great Plains Lubber (Brachysola magna) --- they turned their heads down until the blade-like horn was vertical or turned their bodies sideways, using the broad back covered with spiny scales as a shield. PD#25 first calmly ate a grasshopper but ran away very fast and hid under nearby plants when our dog Athena sniffed her.

The natural history of this rare lizard was mostly a mystery before this project. We are learning so much about this 'living rock' and it's only because of donations from people like you. 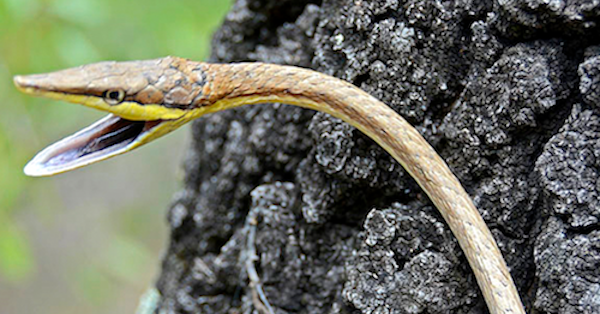 This past August, forty-five people participated in a four-day expedition through Sierra Los Locos. 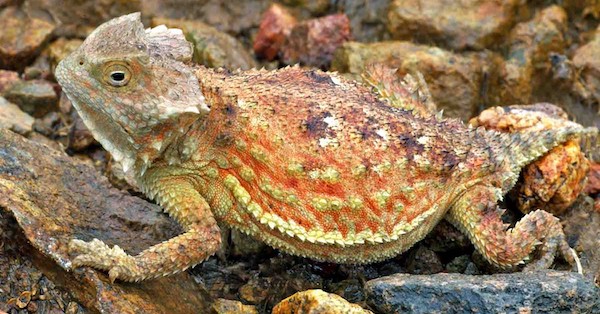 Our Madrean Discovery Expeditions (MDE) crew made some big discoveries in their recent study on the Rock Horned Lizard!