Greater Good Charities partnered with Humane Society International (HSI) to help animals affected by the 2019-20 Australian bushfires. Thanks to YOUR support, we were able to help so many.

Since a series of massive bushfires ravaged Australia earlier this year, the country’s flora and fauna are beginning the road to recovery. Teams like HSI work without pause to help animals saved from the flames.

At the peak of the crisis, an HSI team was on the ground running daily search and rescue missions to find and transfer affected kangaroos, koalas and other wildlife to a nearby triage center. They helped rehabilitation centers expand their enclosures to accommodate the influx of koalas needing care. HSI works to assist overwhelmed wildlife carers in any way possible, ensuring that injured animals receive burn treatments and other medical care, and no animal goes hungry, though the fires consumed the food sources in their natural habitats.

Your donations have allowed HSI to help over 300 animals: about 80 koalas, 100 kangaroos and wallabies, 30 wombats and 100 flying foxes! 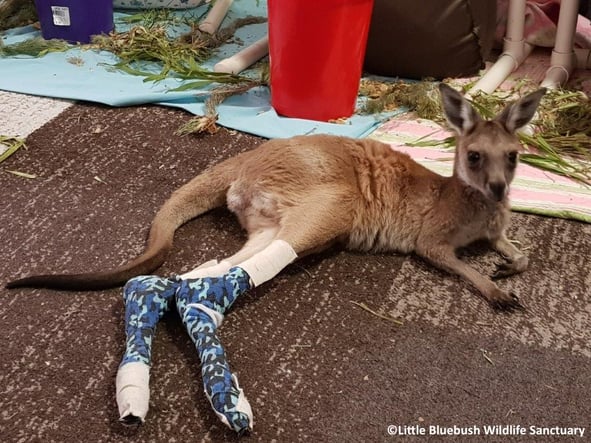 One of these animals is Spud the koala. HSI found Spud alone on the outskirts of a badly burned plantation. With almost no greenery around, Spud would have slowly died of starvation, despite having survived the fire itself.

They coaxed Spud down from his tree and brought him to the vets at Kangaroo Island Wildlife Park. During the journey there, he was calm in his laundry basket, as though he knew he was in safe hands.

Though mostly unhurt, Spud was very malnourished. HSI gave him fluids, a special food supplement paste, and a plentiful supply of gum leaves. He’s gained weight and is doing well, and should be released soon! 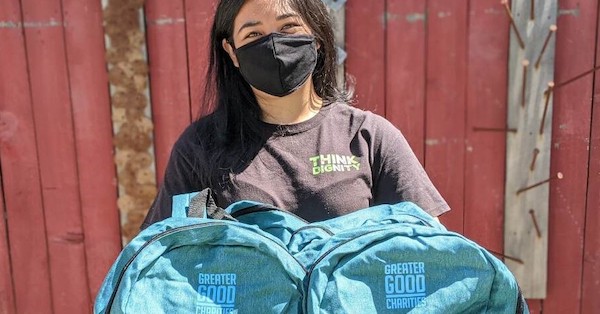 This summer, we partnered with Think Dignity in San Diego to assist 300 unsheltered individuals and 100 of their unsheltered pet companions 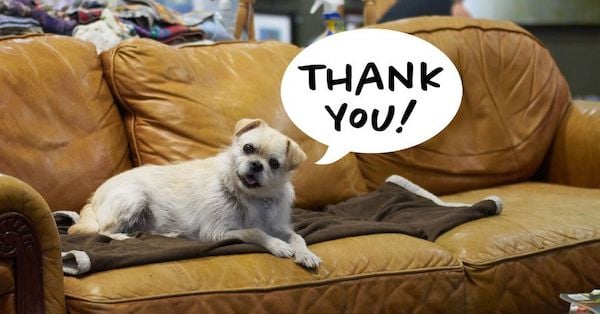