Project Peril is devoted to the conservation of endangered species globally. With your help this past fall, we have partnered with the TreeHouse Wildlife Center, the Phoenix Fund, and Pandas International to protect birds in North America, Amur tigers and leopards in Russia, and giant pandas in China.

The TreeHouse Wildlife Center in Illinois has needed donor support to fund their Wildlife Rehabilitation Program in which they care for grassland birds, waterfowl, and raptors. Over the past six months, the program has been able to provide nutritional foods such as whole prey and fish for their rescued birds due to their specialized dietary needs. Because of Covid-19, the number of people visiting the TreeHouse Wildlife Center has decreased. This means in-person fundraising programs and public donations have also been reduced.

However, with your help through funding, over 120 feathered friends in need of patient care, food, and shelter have received proper sustenance and treatment. This helps the birds recover and hopefully transition into the wild again. Below is just one of the wildlife center’s patients in desperate need of care.

Your donations towards fuel for park rangers’ patrol vehicles ensured that rangers could respond to violations immediately to save these animals’ precious lives. Rangers were able to issue 17 citations on violators within a 67 patrol day period, among other anti-poaching efforts such as imposing fines and seizing weapons.

Pandas International has also received significant funding to save the lives of giant panda cubs in China, thanks to you. Some giant panda mothers do not know how to properly care for their firstborn cubs or are not able to produce enough milk to provide their cubs with nutrients. Therefore, cubs are provided with Esbilac formula and raised with the help of nursery staff until they are old enough to live off bamboo. Thanks to your contributions, these vulnerable cubs will receive enough nourishment to grow up!

Support the efforts of Project Peril to restore our Earth by helping to fund other projects like these.

Native to the eastern Himalayas and southwestern China, the red panda is listed as endangered on the IUCN Red List. We’re ready to help! 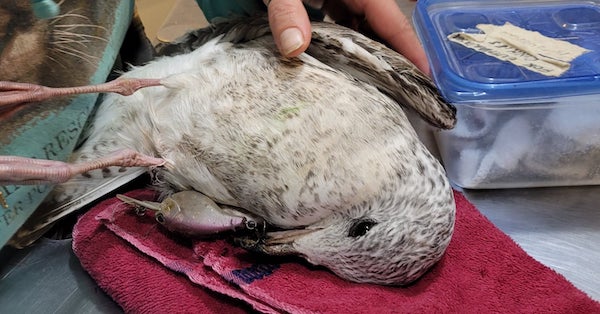 Thanks to donations to Project Peril, Greater Good Charities helped provide food for the Wildlife Rehabilitation Program at TreeHouse Wildlife Center during the Covid-19 Pandemic